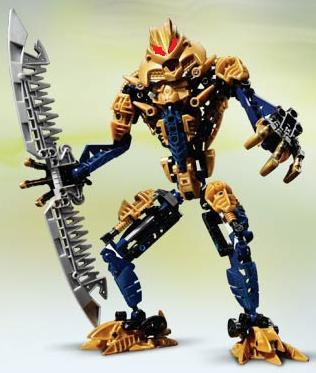 Brutaka has tools to spam the world with pointless messages. First of all, he owns the world's first computer. Brutaka's computer is generally the slowest computer ever created. For an average web page, it takes one week for the page to load. Brutaka's computer is close to the size of a wardrobe. He also uses a pair of robotic arms on his back that seemingly have sharp daggers to have an extra pair of arms to type fast. Because Brutaka has daggers on his extra pair of arms, he usually ruins the key-board lettering on the buttons which causes him to only write jibberish since he doesn't know his key-board letters. This has made Brutaka useful to the Order of Mata Nui for spamming their enemies with pointless messages in their mailboxes.

Retrieved from "https://unbionicle.fandom.com/wiki/Brutaka?oldid=4073"
Community content is available under CC-BY-SA unless otherwise noted.