A legandary Kanohi which acted as an alatm clock as it had to be used to awake mata nui. It always kept running away because it did'nt want to wake up a stone. Later, Gali forcefully made it give its life to wake up the freaking stone 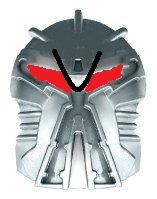 It was later recycled and turned into a Coke can. Ehlek is currently hunting it down.

After Ehlek found it, he gave it to an idiot who lost it and was later found by Somebody. The mask later caused a massive plague.

Retrieved from "https://unbionicle.fandom.com/wiki/Ignika?oldid=5106"
Community content is available under CC-BY-SA unless otherwise noted.