Malum is a Glatorian of the Flaming Tribe. He got kicked out because he was on drugs and cheated in arena matches. He then opened a small business selling drugs to Vorox.

Malum was later captured by the evil Skrall and was threatened into giving them his drugs so they could use them to control the Vorox. Malum beat them senseless, took their wallets and used the money to buy meth. 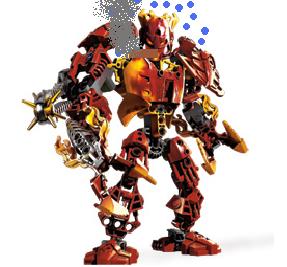 Malum then hired a maid and spazed out when she threw out his meth. He got so angry that he went insane and begun to claim he was an alien who had come to the Bionicle Planet in search of Gold to scratch his back with.

Retrieved from "https://unbionicle.fandom.com/wiki/Malum?oldid=4668"
Community content is available under CC-BY-SA unless otherwise noted.