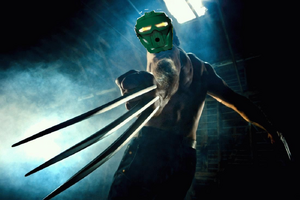 Piruk was a le-matoran and Wolverine's number one fan. He fashioned his own claws and stuck them to his hands. He recently attempted to kidnap Hugh Jackman because Piruk didn't like how he played Wolverine in the movies. However, Piruk couldn't figure out how to open his gate so just went home and read some X-men comics. He speaks Japanese, French and Pineapple.

Retrieved from "https://unbionicle.fandom.com/wiki/Piruk?oldid=4861"
Community content is available under CC-BY-SA unless otherwise noted.