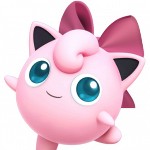 1
Its good but it seems a bit blank. What happened to the logo contest on the main page talk article? Talk:UnBionicle Wiki?
Matoro1BRW , BSCW, UnBW & TBW Admin An age isn’t dark because the sun doesn’t shine, it’s because we refuse to see the light.

I can easily change that.
Matoro1BRW , BSCW, UnBW & TBW Admin An age isn’t dark because the sun doesn’t shine, it’s because we refuse to see the light.

Your creation of the page Spaegefefrwewr has become so popular that it has spawned a fad on BZPower, led by the QQQQ himself.

Forbidden words I can think of right now are racist words, the F Word and the C Word. "Piss" and "shit" don't need to be mentioned on the site either (I wrote those two swears here because I feel they aren't as bad or offensive as the obvious other ones). Sex references (and innuendo) are a big no-no, as are the associated body parts. References to illegal drugs shouldn't be here either, but I would ignore tiny inferences to them. I think that's the general gist of what isn't allowed on the site. The evil dude. 20:24, December 29, 2009 (UTC)

I have a question: Who created this wiki?

Hi! Would you like this wiki to be ad-free? I'm looking for wikis to be part of a new program which would remove all ads from the wiki for $19.95/month.

Retrieved from "https://unbionicle.fandom.com/wiki/User_talk:Andrew1219?oldid=5220"
Community content is available under CC-BY-SA unless otherwise noted.